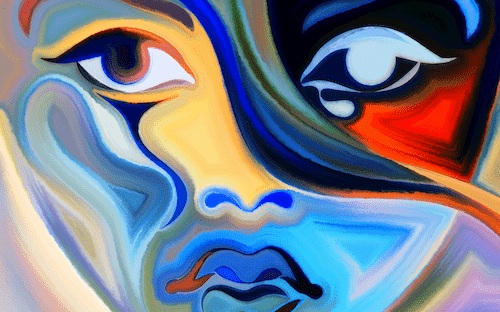 Intelligence without creativity is just knowledge that cannot be manifested into anything… great at trivia but not so great at creation or problem solving.

I’m a motherfucking genius! Well, some consider an IQ of 140 to be a genius. (unless I have a migraine then it is lower… and I ALWAYS have a migraine) I’m not bragging because really IQ tests are flawed and about as useful as your BMI. Just saying. And the very fact they are so limited makes them so… useless, I believe. But people really put a lot of IMPORTANCE into it. And some people really do brag about it. And join MENSA. And do brain puzzles all day and pat their backs on how smart they are. Or have elitist snooty thoughts about those poor stupid people. *Gag* I think I threw up a little in my mouth. Nothing worse than condescending douche-nozzles.

Either way, state my score because I have been on a Quest to Conquer Impostor Syndrome… and by doing so trying to accept I have worthy traits… like intelligence. Instead of downplaying every damn thing I do and saying I suck. But it is what it is. Just a number.

I think it has been fundamentally useless in my life overall and other traits are more interesting as a whole. This is another argument though. And what it really Means is:

Not saying that is everyone’s experience. Only that it just fell down that way for me.

Point is, never did anything for me. And also, I think, by itself it isn’t as useful in-itself without other traits to enhance it. And I think creativity is the main trait to enhance Intelligence.

What I do think of genius, like true genius, like super genius… it is that for Innovation and Invention one needs creativity with that rather stationary IQ. Creativity gives you that inspiration and genius gives you that inspiration in directions that might be rather unexpected… but also ways to implement it in the real world. I had some great ideas for inventions, but I never had any concept on how to implement them so when they were invented I was like Damn It All. If only I was Smarty McSmarty pants. Because the Idea is worthless without how to conceive of it in the real world.

Not that abstract thought doesn’t also require creativity for new theories to come into fruition. It does. And then genius to work out the actual facts about how it would work in reality.

I am smart enough to have awesome theories and idea. Just not smart enough to figure out how to prove it in reality. And I know that. And so my perfectionism kicks in and says… why bother, eh? And my Imposter Syndrome says You Suck Anyway.

But I think, true awesome genius needs that element of Creativity to manifest its awesomeness into the world. Otherwise, it is just flat. Sure, you may be awesome at trivia. And be rather booksmart. And do well on tests. Whoopdedoo! Creativity is problem solving and thinking outside of that stupid ‘normal’ box. It is conceiving of something different and wonderful and different… and how to make it real. It is making all the unusual connections and doing something with them.

So it is my believe that genius is more than IQ. It is this element of creativity that they never measure or think about… that truly makes those uber genius of the world amazeballs.

No Super-Duper genius here. Sometimes I forget my own phone number. Once, I locked myself out of my own house. I frequently almost run out of gas and coast into a gas station on fumes. I know… brilliant.

But I do value creativity. Brainstorming. Playing with ideas. Thinking of new ideas. I just funnel all that into my writing and sometimes into random philosophical theories. That is where all my creativity goes. It is like my booksmarts and my creativity live in different parts of my brain that do not connect. Or if they do, in ways I do not quite grasp.

I think society should value the trait of Creativity far more than it does now. Maybe just as much as a static IQ. And then we could brag about our Creativity quotient.

– Creativity is the intellectual ability to make creations, inventions, and discoveries that brings novel relations, entities, and/or unexpected solutions into existence [Wang, 2009, 2013]. Creativity is a gifted ability of humans in thinking, inference, problem solving, and product development.-

The cognitive foundation of creativity is a new and unusual relation, neurophysiologically represented by a synaptic connection, between two or more objects that generates a novel and meaningful concept, solution, method, explanation, or product.-

First, we do not actually know much about what creativity actually IS. But these quotes give as a fair idea of what it basically at its core could be. And if you look at it, intelligence without its counterpart creativity… falls short really. Maybe you could memorize a dictionary but could you write a book? Maybe you could grasp a theory but could you invent something that fits into that theory in the real world to solve a particular problem and fit a certain need?

So maybe we should Value this trait a lot more than we actually do. We all use it. It isn’t just in the realm of artists and writers. We use it to solve problems and think of unique solutions and connect the dots of a puzzle. We use it every day in the workplace. And some of us do it exceptionally well. Creative geniuses. And That is something!

That isn’t to say we are all creative geniuses. But we all utilize it as a trait. We use it all the damn time. As much as we use our intelligence. And we use them together.

Intelligence: Psychologists have long believed that intelligence plays a critical role in creativity. In Terman’s famous longitudinal study of gifted children, researchers found that while high IQ was necessary for great creativity, not all people with high IQs are creative. Csikszentmihalyi believes that creative people must be smart, but they must be capable of looking at things in fresh, even naïve, ways.

Boom. High IQ is necessary for Great creativity… Not every with a High IQ are creative. And that I think is what makes a massive difference. Not the IQ… the element of creativity added into the mix. It is the Boom factor that is so often ignored. That is where Super Genius is. That Holy Hell how the hell did that person even come up with that idea let alone make it happen? They had the perfect mixture of both, I think.

So rock your creative self. It is doing more for you than you will ever know. Hell, I think it is a amazing trait that should be quite valued in people. It is what makes your intelligence Alive and makes those Eureka moments happen. It is the place of inspiration and brilliance together. And we all have our own spark of those wondrous moments. Not even to mention how much we use it to solve everyday problems and think through every day situations and connect the dots of everyday situations.

Either way, I find Creativity and What it IS fascinating. It is something I like to think about. I may just research it some and see what I see for funsies.

They do test creativity just not as popularized as the 800000000000 IQ tests out there. But this article discusses it.

Could IQ tests show Creativity scores?– Maybe it Does reflect our creativity within how they test is done? One wonders how much? And if it can be tweaked?

I am the Brainless Blogger; health-related chronic illness blog. And a fantasy fiction writer under the pen name Lil Hamilton. View all posts by Nikki

This site uses Akismet to reduce spam. Learn how your comment data is processed.

Buy me a coffee

Error: Twitter did not respond. Please wait a few minutes and refresh this page.